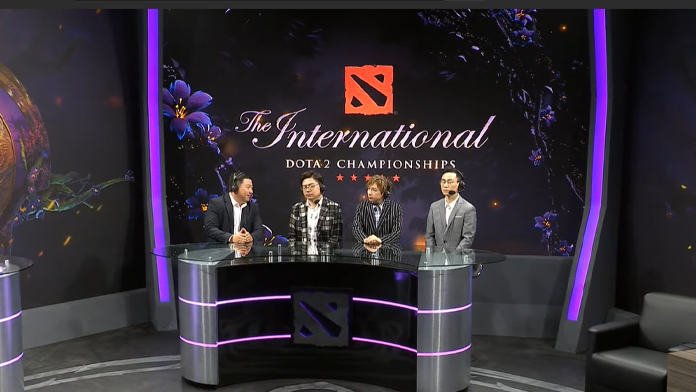 The esports prize pools awarded in 2019 reflect a booming industry with no signs of slowing down.

Esports are taking over, and anyone who does not see that would be fooling themselves. As of 2015, the Dota 2 championship prize money dwarfed that of the Super Bowl, arguably the biggest game in traditional sports, and definitely the biggest in America.

Since that time, the numbers are getting even more astronomical, and more and more people are making a living as experts at the most popular games in the world. This article will have a look at the biggest games in esports and their prize pools from 2019.

If you are only here to steal our awesome infographic, feel free to skip to it by clicking here. Data taken as of Dec 10, 2019.

Let’s compare that to the winnings given out in the past three years and their biggest games.

The usual suspects still comprise this list that have been the largest games for years now, but don’t sleep on the Battle Royale game mode. Fortnite and PubG are the only games to make a significant enough impact and find themselves on the list (scroll to see their places among the Top 10), but more could be coming in the very near future.

Fun Fact: Starcraft II is the fifth largest game in terms of prize pool money handed out all time, but fell off this list this year.

*All figures are in USD

The next installment of Tom Clancy games by Ubisoft is an operator based first person shooter that allows players to use the map to their advantage, which is unlike most FPSs.

Fun Fact: Rainbow Six has generated more than $1 billion in revenue as of 2019.

Hearthstone is both an online digital collectible card game and one of two games developed by Blizzard on this list. The fast-paced gameplay lends itself to tournament style competition and Hearthstone has been on the esports circuit for years. Its place on the list is impressive given it only hosted 35 official tournaments as of this writing.

The Hearthstone World Championship, which began in 2014, featured a $1 million prize pool in three of the past four years. Popular player Wei Lin Chen has earned excess of $426,000 in tournaments this year.

Fun Fact: VKLiooon became the first ever Global Champion from China in Hearthstone, also making history as the first woman to take home a trophy at BlizzCon in 2019.

If there is anything that has exploded as much if not more than the general esports industry, it is mobile gaming within that industry. As the little squares in our pocket become more and more powerful, so do the capabilities of the games we can install on them.

Arena of Valor is the first of a few Multiplayer Online Battle Arena (MOBA) games on this list, and may be responsible for League of Leagues developer Riot Games deciding to take their game mobile. It’s pretty incredible it made the list with only 15 tournaments and the fact that its only available on iOS, Android and Nintendo Switch outside of China. It had two tournaments with more than $1 million prize pools.

Fun Fact: Tencent built an internal team to change some parts of Arena of Valor for new markets around the world, according to The Verge, such as introducing Western fantasy heroes and even some DC Comics heroes like Batman and Wonder Woman for the North American audience.

You knew it was coming, and here it is. Call of Duty’s most recent installment has been making the Top 10 basically every year the game has existed. The last time a Call of Duty game was not among the Top 10 in prize pools was 2010. It was a major bounce back year for the franchise, which had a down year by its standards with the lackluster Call of Duty: World War II.

The interesting move Treyarch made with Black Ops 4 was deciding against a single player campaign mode, which is still the first and only Call of Duty to do so. Instead, users had the ability to launch into Blackout, their response to the Fortnite and PubG popularity. They obviously decided this was the wrong move as the single player mode is back in the latest Modern Warfare release and the Battle Royale mode isn’t expected until January.

Black Ops 4 introduced specialist abilities that were unique to each character. Giving the game this (arguably inspired by Overwatch) wrinkle made it one of the more fun multiplayer experiences in the franchise’s history.

Fun Fact: Over 100 million people have played at least one of the Call of Duty games.

If you thought League of Legends (or its main competitor) were going to fall off from the boom of Battle Royale games, think again. League is still as strong as ever in the esports tournament circuit and even broke a record set by the mighty Fortnite this year. The #Worlds2019 semi-final match between SK Telecom and G2 Esports set the record for concurrent viewers at almost 4 million, shattering Fortnite World Cup’s record, which stood at 2.3 million.

The MOBA game type is ridiculously fun to play and obviously just as fun to watch on the competitive scene.

Fun Fact: 2019 featured only the fourth-highest tournament prize pool for the World Championship. The 2016-2018 prize pools were all higher.

Overwatch is Blizzard’s second appearance on this list. The hero-based FPS adds much more strategy than your typical shooters would. Not only are players allowed to select a hero from a pool of over 30, each with their own abilities, but the objective gameplay itself is fairly unique among shooters. Teamwork may be more important in Overwatch than any game on the list.

Players can compete in Overwatch esports in a variety of ways, from the Overwatch League, Overwatch Contenders, Overwatch World Cup and the Open Division tournaments.

Fun Fact – The University of California: Irvine campus picked Overwatch as its second game to have an official team and offer scholarships for after League of Legends.

PLAYERUNKNOWN’S BATTLEGROUNDS was the first Battle Royale game mode to really take off in the esports scene and is a direct competitor to the No. 1 game on this list. The game was an instant hit, and in September of 2017 it set a record by having 1.3 million concurrent players.

PubG is still massively played, streamed, and watched by many all over the world, but especially in South Korea where the game was developed by Bluehole and where it initially rose to fame. However, it has been losing ground in 2019. As of stats taken for the month of December 2019, PubG is just the No. 13 most popular game on Twitch.

That didn’t stop it from bringing in a massive prize pool for the PubG Global Championship, which was six times higher than any previous prize pool for PubG.

By far the oldest FPS on the list, the fourth game in the Counter-Strike series by Valve isn’t going to see its run among the top earners in esports end any time soon. They dwarf the rest of the games on this list in terms of tournaments run, and the switch to free-to-play last December was an excellently-planned move to keep up with its competitors.

Although CS:GO has one of the lower prize pools of the top esports titles, they do however have one of the most viewed and active pro tournament circuit in esports.

After previously capping tournament prize pools at $250,000 in the past, which was surprising given Valve also developed Dota 2 which has seen massive prize pools for tournaments thanks to crowd funding, CS:GO tournaments have been surpassing $1 million in recent years. 2019’s StarLadder Berlin Major, IEM XIII – Katowice and Intel Gram Season 2 each had $1 million prize pools.

Fun Fact – CS:GO was initially panned by critics and gamers, but Valve turned things around with several updates and brought most Counter-Strike players to the fourth installment.

Surprised? So was I when I saw Dota 2 was no longer the top game in prize pools given out, mostly because it still has the largest prize pool tournament by a pretty substantial margin. The International remains not only the most lucrative esports tournament, but it’s also among the highest prize pool for championships in sports in general.

Concurrent viewers of the final match between OG and Liquid reached just under 2 million and the tournament reached a total of 88 million views.

Fun Fact – The International tournament was only less than a million than the other nine largest prize pools on this list combined.

If there was one game that would take down Dota 2, your first guess most likely would have been Fortnite. The rise in popularity for Epic Games’ Battle Royale shooter was meteoric. After then little-known streamer Tyler “Ninja” Blevins posted a video playing with Drake and other celebrities, the rest was history.

Ninja and others have completely blown up since, but what truly put Fortnite on the esports map was their World Cup in 2019. Officially, the solo and duos tournaments were separate prize pools, but each featured more than $15 million in prizes. The Fortnite World Cup was the first tournament to come even close to rivaling Dota 2’s The International. Despite being one of the younger games on this list, Fortnite is already No. 3 in total prize money awarded historically.

Fortnite has become THE game for many to stream on Twitch. It’s one of their most viewed games each month on the platform with the most amount of streamers. It has spawned some competitors, although they weren’t the first Battle Royale game mode, its popularity definitely inspired responses from Activision, which came out with “Blackout” in 2018, and from EA, which launched Apex Legends with Respawn Entertainment.

Fun Fact – Epic Games’ black hole event to end Season 10 had millions and millions of people watching literally nothing on Twitch and Twitter.

There has never been a better time to be a gamer and make money from playing your favorite video games. The best part is the industry is still booming and expected to continue rising in the next several years. Expect these numbers to increase as more companies realize how viable the gaming industry is for their brand.

Repeat.gg has several free-to-enter tournaments currently live! Sign up now and compete in League of Legends or Dota 2 tournaments. Be sure to check back in 2020 when we’re expected to launch Fortnite as well as other games coming soon.

The Most Successful Dota 2 Support Heroes