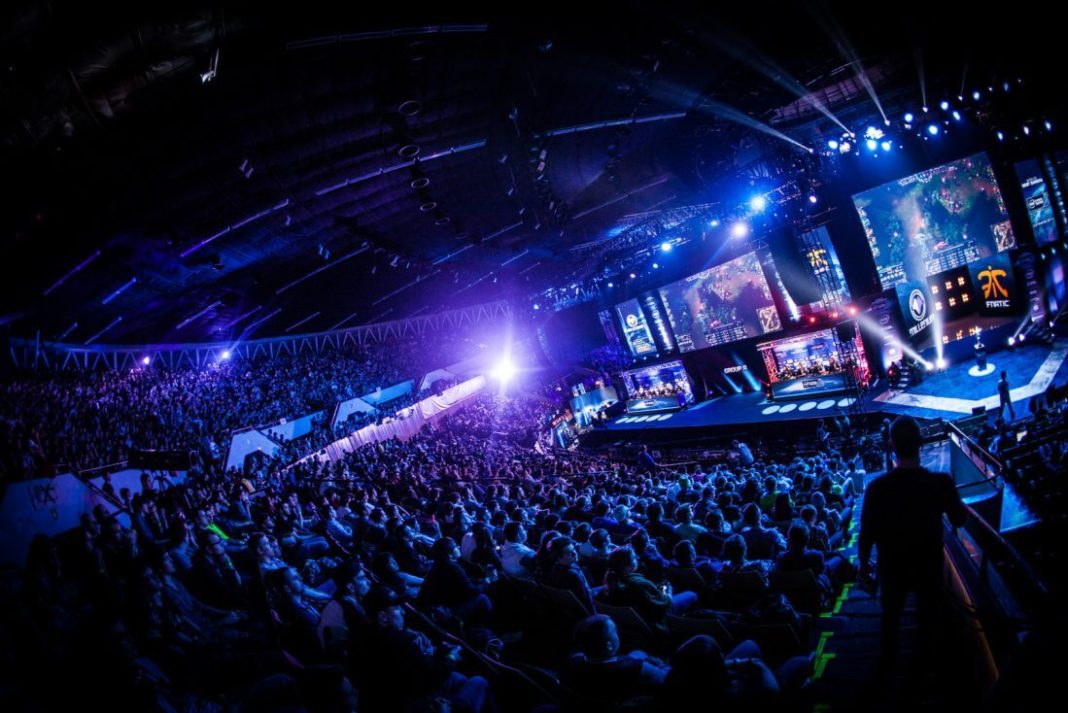 The largest esports prize pools for 2016, in the largest & most popular gaming esports titles, All figures are in USD for each prize purse mentioned.

Each year esports is growing in popularity. With increasing popularity, the organizations hosting these tournaments are offering larger prize pools to teams and players to attract them to their events.

Check out the Top 5 Largest Esports Games and Their Prize Pools in 2015.

At times teams and players will skip tournaments to prepare better for events called “Majors” or “Worlds” and while doing so miss out on possible hundreds of thousands in prize pools from regular events running back to back. Not all’s lost as you would expect these Majors & Worlds tournaments for major game titles to offer the biggest prize pools.

Note – These prize pools all broke their previous records that were set in 2015.

Despite being possibly one of if not the most viewed and active competitive esports title in the world, Counter-Strike: Global Offensive sits at the 5th biggest prize given away in 2016. The game developers Valve received criticism for the lack of prize money in the majors (World Championships) they sponsor, with previous events capped at $250,000.00.

Thanks to the modern tool of crowdfunding via in-game items and compendiums Counter-Strike managed to hit the $1 million mark for the first time at MLG Major Championship in Columbus this year.

The Polish side took home $80,000 each against favourites at the time Swedish team Fnatic who collected $140,000.00 for their runner-up pay cheque.  Although E-League season 1 happened in early 2016, another season of E-League managed to finish within the same year with a $1,100,000.00 competition won by

Fun Fact – E-League is the only third party esports event organiser in the top five where the game developer did not help raise or hosted the tournament. Thus making E-League the only event organiser to run a competition that is not considered a Major or World Championship for the game for such a large prize pool.

The battle between the

Americans usually taking the throne for the past three to four years. 2016 was a record also for the Call Of Duty Franchise breaking their $1 million prize pool record similar to Halo’s Championship tournament.

This year’s winners were

American Team EnVyUs winning a record $800,000.00 split four ways in the 4v4 tournament structure in Call Of Duty. Each player walked away with $200k each, making it the single largest prize given to an individual player in Call Of Duty history.

United Kingdom coming away with a share of $882k, which makes up more than the rest of the countries in the world combined.

Halo 5: Guardians released late 2015 hasn’t had anywhere near as many tournaments in the past year as its other top 5 competitors on the list. Halo 5 with 31 tournaments this year has encountered problems competitively due to the lack of ability to create custom games reliably in a tournament environment.

The 2016 Halo World Championships Prize pool surpassed its record $1 million dollars previous cash purse of past years. Due to adopting the successful in-game item crowdsourcing methods to increase the prize pool for the World Championships. Halo 5 used REQ pack sales similar to Dota 2’s Compendiums to raise the $2,500,000.00 from the $1,000,000 set by Microsoft for the event.

On the 30th of October, sixteen teams from around the world converged to Hollywood, California US

for the Halo World Championship 2016. The top 8 teams consisted solely of American rosters with the occasional Canadian thrown in the mix.

League Of Legends Prize Pools may not reach the massive benchmark set by their rival game competitor Dota 2 but it may come as a surprise that League of Legends has the world’s largest active player base to date.

This year League of Legends adopted the common prize pool raising method through community crowdfunding within the game making the tournament being able to bump the overall prize of $2,130,000.00 to the new League Of Legends record of $5 million.

League Of Legends World Championship 2016 was a tournament hosted by developer Riot Games, in which sixteen qualified teams from around the world competed to determine the Champions in Los Angeles,

South Korean powerhouse team SK Telecom T1, receiving a cheque for $2,028,000.00. It is not uncommon for teams in League of Legends to use a rotating six-man roster in the 5v5 esports title, meaning the players walked away with $338k each in a six-way split.

South Korea dominated 2016 World Championships with 51 qualified players of the 86 that attended the event, 29 were

South Koreans who took home $3.5 million of the $5 million given to the prize pool.

South Korea placed respectfully 1st and 2nd at the event and continued to dominate the League Of Legends Scene to date.

The sixth edition of The International, an esports Dota 2 championship tournament, took place at KeyArena Center in Seattle, Washington.

Hosted by Valve Corporation, 16 teams won their respective qualifier phase and competed in the main event between August 3rd and August 8th.

These prize pools are seeded by the game developers (Valve) first offering an initial cash purse of $1,600,000.00, and the rest of the money is raised by the community that plays Dota2 via purchasing of in-game compendiums called “Battle Passes”. 25% of the proceeds from all “Battle Pass” sales go directly to funding The International Prize Pool, with rest going to Valve, the game developers. The overall purchases of the passes equalled $76,682,560.00…yes $76 million dollars were raised by the community to help fund the prize purse.

Chinese team “Wings Gaming” who received a $9,139,002,00.00 cheque. Each member consisting of five players took home over $1.8 million each. Dota recently entered into The Guinness World Records including the monetary prize record in their 2017 Gamer’s Edition, which includes the top speed runs, live streams, cosplays and other gaming-related events.

The runners-up pain quickly eased after accepting their cheque of $3,427,126.00 awarding each player in the

global mix team Digital Chaos $685,425.00 each for placing second. Finishing last is extremely disappointing but they did not leave the world’s largest tournament empty handed. Each team received $103,852.00 each just for trying, giving each player a comforting $26k each to help sleep at night.

Fun Fact – Dota 2 also hosted two more major tournaments in 2016 reaching prize pools of $3 million each. The previous two years of  the International 4 & 5 individually out number all esports titles put together over the course of the two years at $18m and $10m