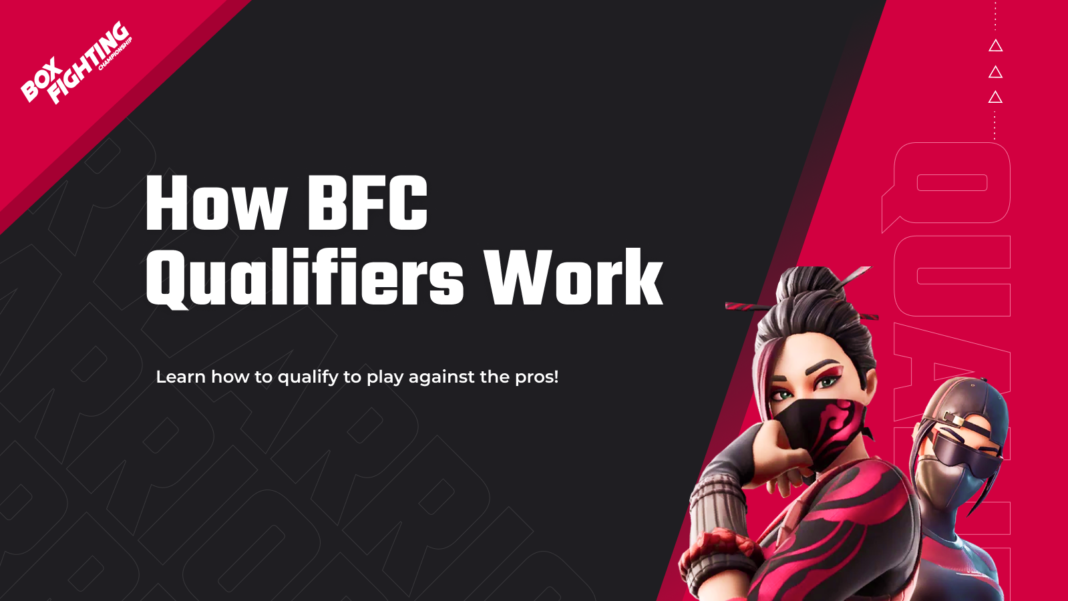 Repeat.gg is thrilled to be working with Team Kungarna on the Fortnite Box Fight Championship (BFC) $5k Zone Wars Series.

But not everyone gets to feel that joy, especially in a game like Fortnite with millions upon millions playing the game everyday. Well, Repeat and Team Kungarna are here to change that.

We will be launching the Box Fight Championship (BFC) $5k Zone Wars Series, which will include Arena qualifiers, with the winners of these qualifier tournaments getting a chance to face off against some of the best Fortnite streamers and competitive players out there, such as Clix, who was part of the first ever $5k BFC Zone Wars Tournament.

Clix is not the only huge name that will be competing in the Finals of the $5k BFC Zone Wars, he will be joined by UnknownxArmy, Faze Sway, Faze Dubs, ZexRow, KNG Marc, and Chronic Psycho, among others in the future.

When Do The Qualifier Tournaments Run?

From Monday to Saturday, a free-entry qualifier tournament will be available to join on Repeat.gg. This will follow our same normal Fortnite scoring rules, except you will have to play Arena Solos for your scores to count in this tournament.

What Do I Have To Play For My Score To Count In The Qualifier?

Arena Solos will be tracked on all platforms, so yes, mobile players can compete in this tournament along with PC and all consoles.

What Region Will The Qualifiers Be?

North America since the influencers will be NA and we want the ping to be fair.

What Happens After Qualifiers?

The Top 4 places from the qualifying tournament will then get put into the Finals where they have a chance to compete against 12 other Fortnite streamers/competitive players in a bracket style tournament, which will be held on Monday.

What Is The Format of the BFC Finals?

The format for the Finals will always be Box Fight, Realistics, Zone Wars, and Build Battle and will be 1v1, 2v2, or 3v3 depending on the week. On weeks there are duos or trios, each Repeat qualifier winner and each influencer will choose their own teammates to compete with them.

What is the payout structure for BFC Finals?

How Do I Know Which Pros Will Be In The Finals?

We will announce the participants of each week’s finals on social media in the days leading up to the qualifiers launching. Be sure to follow Repeat and Team Kungarna!

You know you have dreamed of competing against your favorite players and proving you have what it takes to compete with the best of the best. Who will be the next underdog to take down the big names? Will you be the next Bugha?

Find out on June 16th, when the first qualifier begins.