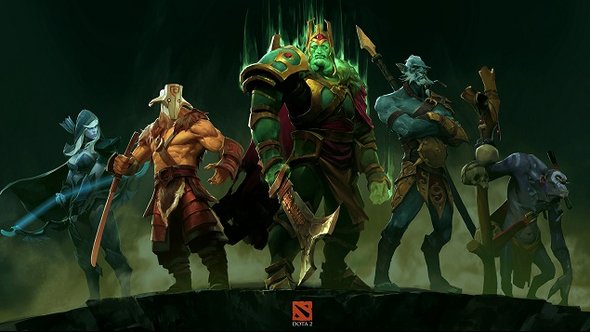 I’m going to go against the tide here and recommend that new players play carries or cores and lane with experienced support. Whenever I am introducing friends to Dota 2, I always recommend that they pick a carry and come safe lane with me. It is much easier to focus on killing heroes than it is to learn the complexities of setting up fights, ensuring enough vision and detection that the team can make confident decisions on whether or not to engage. Pulling and stacking creeps is harder than it sounds, and requires strict timing and clock management. So here is a curated list of heroes I would suggest to anyone who wants to begin playing Dota.

PA has always been a great hero to stomp pubs. With some new buffs in the latest patch, Phantom Assassin is one of the best heroes for new players to start carrying with.
Why Phantom Assassin is a good hero for beginners:
Simple but versatile itemisation.

Why Phantom Assassin is a good hero for beginners:
Very easy to execute (it’s a two button hero after all)
Good counter pick against popular, squishy carries like Sniper, Drow Ranger and Anti Mage.

The king of wraiths or previously known as  Skeleton King has always been a staple beginner carry. Often memed for being a one button hero, it’s still powerful and has a fantastic mechanic that stifles rampant feeding: reincarnation.
Why Wraith King is a good hero for beginners:
Different ways to build this carry due to versatile itemisation choices.
Roshan’s new Refresher Orb after 7.07 patch allows for fantastic triple or even quadruple reincarnation plays. The right balance of tankiness and damage dealing.

Sniper is one of the most famous heroes with Dota newcomers, and with good reason. He might be a bit too squishy to stand toe-to-toe with other heroes, but that’s not how he’s supposed to be played. Usually a Carry hero (the role designated for dishing out massive damage later in the game), the Sniper is most effective when he’s at a distance from his target.

Why Sniper is a good hero for beginners:
His Take Aim ability lets him strike at enemy heroes and towers from far out of harm’s way.
While his Ultimate, Assassinate, deals extraordinary damage with a mini-stun as a bonus.
Just be sure to avoid close range combat. Sniper’s low health makes him an easy target for opponents who can close the gap.

Not only is he tough to kill, but he can dish out a lot of damage. The more quills he shoots, the stronger he gets, making it a simple process to rack up some serious killing power. If that wasn’t enough, he also moves faster as well! He indeed is a great character to start with, because he’s just so hard to kill even a novice will find it hard to get into a situation they can’t get out of.

Why BristleBack is a good hero for beginners:
His entire gimmick is that he takes considerably less damage from attacks that hit his side or back. He also will automatically unleash quills that damage those hitting him.
Also adding to his ease of use is the fact he only has 2 active abilities, while the other two are passive.

Strengths And Weaknesses of Every Streaming Platform