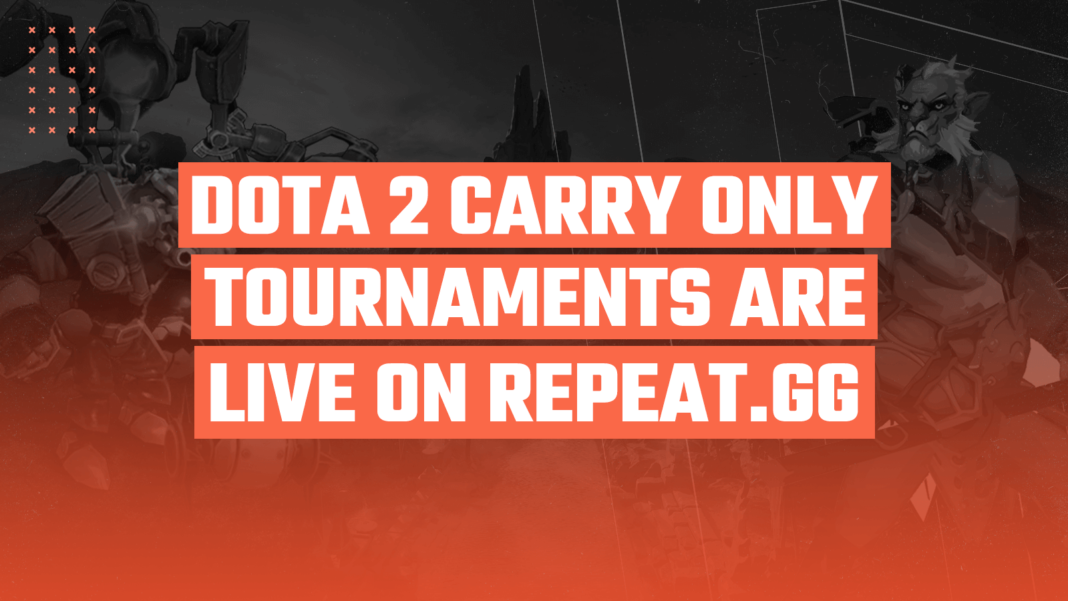 A good carry can mean the difference between winning and losing, so we created Dota 2 Carry only tournaments which are now live on Repeat.gg.

Are you a Dota 2 Carry who is tired of not getting credit for carrying your team to victory? Good news: we now have Carry only tournaments available on Repeat.gg.

Different roles fit different style of player, so we wanted to come up with a system that would reward players based on their skill level with a specific role, and thus our role-specific tournaments were born.

How Carry Only Tournaments Work

These tournaments will work exactly how you would think: Only characters with the Carry role will count towards your score. These characters are outlined in the image below.

That’s really everything that changes from our regular tournaments! Think you’re one of the best Carry players out there? Prove it in these Carry-only tournaments on Repeat.gg