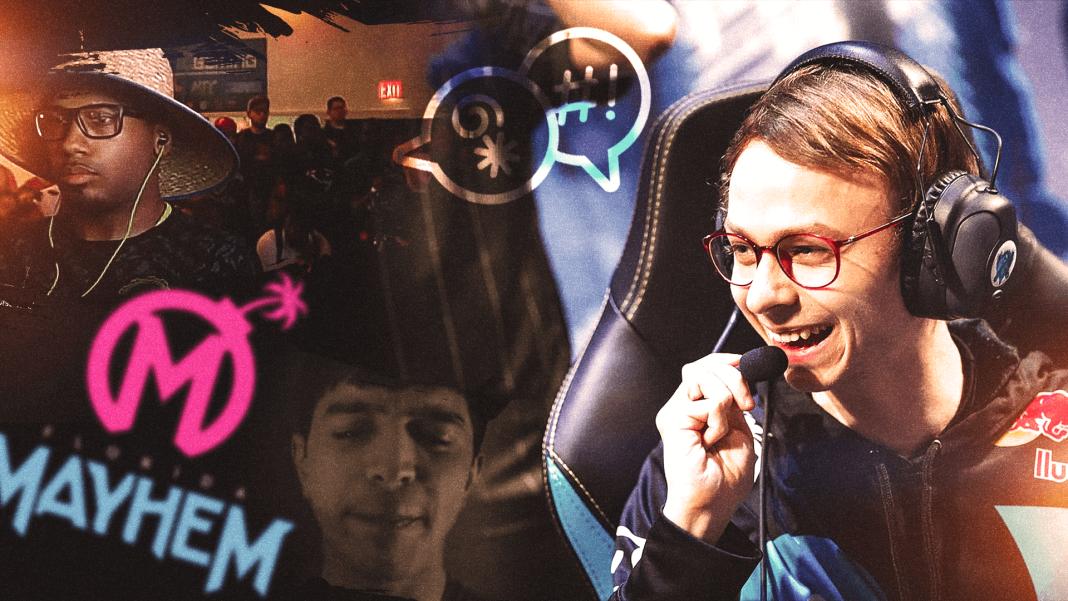 Every one loves some heated back and forth between players, but these are times esports tournament trash talk went terribly wrong.

For as long as competitive gaming exists, trash talk will always remain. Whether it’s lighthearted banter or salty exchanges, esports teams and players love to sling mud at each other. The fans love the heated exchanges, which creates rivalries and intense entertainment.

Esports professionals can definitely back up their big talk with equally tremendous skill. But sometimes, inflated egos can cause esports tournament trash talk that went terribly wrong for them in the end.

For a long time, Faker was undoubtedly the best mid-laner and one of the best players in League of Legends history. During Worlds 2016, C9 was up against SKT in the group stages. Jensen tweeted that he couldn’t wait to clap Faker before their match.

While Faker hasn’t formally responded with words, SKT provided Jensen an extremely humbling experience. Jensen was ganked and killed left and right against his opponents, leaving the laning stage with four deaths and more than fifty creep scores behind Faker. Fortunately, Jensen kept the original tweet so everyone could see the exact moment trash talk didn’t go as planned during an esports tournament.

Dusttin “Dogman” Bowerman is a retired Overwatch support player who last played for Atlanta Reign. During his time in the Overwatch League, he was known for stirring the pot against his opponents. Like a WWE wrestler, he would banter non-stop, occasionally crossing the line with his harsh comments.

In the 2020 May Melee, Florida Mayhem chose Atlanta Reign as their next opponent because they wanted revenge for a previous loss. Dogman joined Mayhem’s interview and threw some lighthearted digs against their opponents. Needless to say, Atlanta Reign’s trash talk went horribly wrong because they lost to Mayhem and were spammed with “GG, losers” during the last map.

Ammar “ATF” Al-Assaf is a relatively new player in the Dota 2 pro scene. Despite that, the rising pubstar quickly gained notoriety for his bad manners in both public games and professional matches. One of his signature and hilarious insult is dropping mantles of intelligence against his opponents in esports tournaments, suggesting they need to be smarter. Additionally, he loves dropping a banner between two mantles to form a middle finger.

He has dropped mantles against notable teams like Team Secret, Team Nigma, NaVi, and even against PSG.LGD while OG was losing. His behavior has caused teams also to return the bad manners when they win against OG, like when Sneyking from Tundra Esports did it. Even Yatoro from Team Spirit wanted to join the fun, but unfortunately, OG surrendered too early before he had a chance to drop the mantle.

Perfect Legend Loses 13 Matches in a Race to 10 Wins

Perfect Legend is a three-time EVO winner who loved to talk smack. While arguing about the viability of Mortal Kombat characters online, he indirectly downplayed new blood SonicFox’s tournament win by saying no one knew to play against his character, Kitana. Perfect Legend and SonicFox talked trash against each other before settling on a first to 10 exhibition match at Summer Jam 9, 2015.

The highly anticipated grudge match was anti-climactic because SonicFox completely destroyed Perfect Legend with flawless ten wins. Each match grew increasingly hard to watch as SonicFox was toying and disrespecting his opponent, showcasing a quintessential example of tournament trash talk that went wrong.

Perfect Legend did not take this beatdown lightly and said that SonicFox wouldn’t be able to beat him without using Kitana and that he would body his Erron Black. So, SonicFox changed to Erron Black and took another three wins before Perfect Legend had enough.

Kashan “Chillindude” Khan is one of the original competitors in Super Smash Bros Melee and pioneered how Fox was meant to be played. Back then, a rising star named Leffen gained popularity in the Melee scene for dismantling the greatest “gods” of the game.

He also loved to talk trash; one instance has Leffen and Chillindude exchanging heated words on Twitter. Their banter ended with a highly publicized money match in VGBootCamp’s 2015 Salty Suite, but the biggest prize is that the victor wins the right to use Fox’s default color.

Chillindude took the banter to the next level and recorded a diss track called “Respect Your Elders.” Unfortunately, Chillindude couldn’t back up his smack talk, losing all five sets to Leffen, making it the most iconic moment when esports tournament trash talk went terribly wrong.

League Of Legends Tournaments Have Returned on Repeat.gg