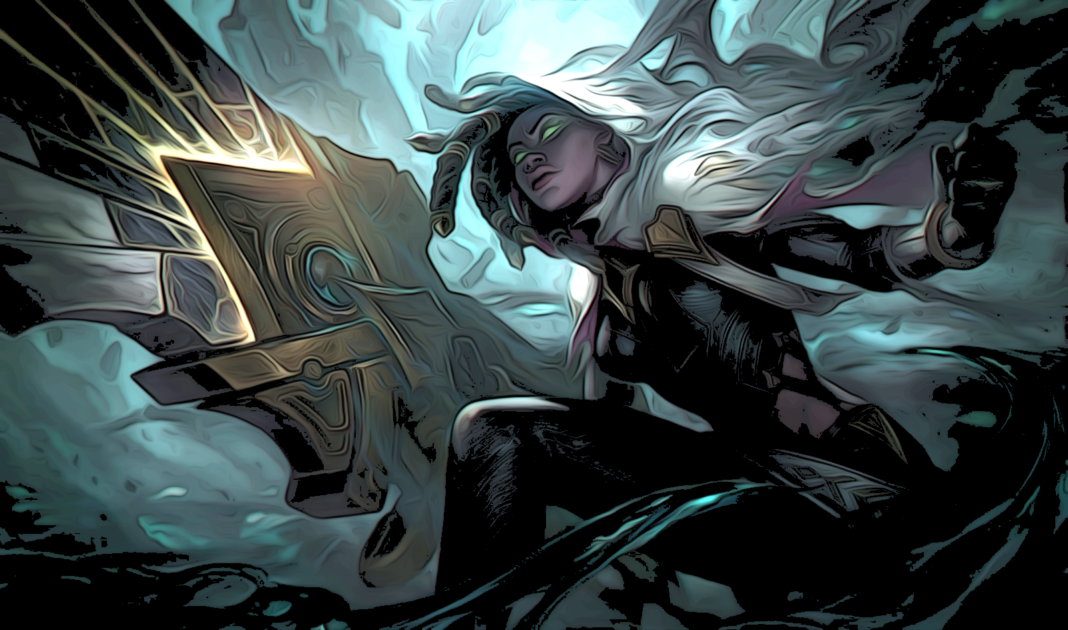 If you’re going support in League of Legends, selecting the right character is imperative. These are the best from solo queuing vs. competitive play.

League of Legends supports are straight-up busted right now. With so much CC, utility and damage at the moment, support champions are something to be feared. This sentiment rings true for both solo queue and professional play. However, the most heavily prioritized picks for each can be very different from each other.

Join me as I break down the best support picks for solo queue VS competitive play currently. Before I dive in top everything though, as we are currently in the middle of pre-season, meaning there is no competitive play, I will be analyzing the picks that are currently being given most precedence by pro players in solo queue and also bringing in tier 2 and below scenes to help aid my analysis.

No surprises here, after Blitcranks Q range buff, he has been terrorizing the rift. Even though the range buff was lessened, it’s still enough to take him from being the scourge of low elo, to becoming one of the most viable solo queue supports at platinum and beyond.

His kit is simple yet effective, allowing him to make picks in lane very easily, especially with the addition of the alcoves, and also letting him roam rather easily and make plays mid. Blitzcrank may seem like he is nothing but a tank, but be warned as his full combo will chunk you out for quite a bit of damage.

Pyke is the solo queue support to play if you want to solo carry. He has the damage, he has the crowd control and he has the escapes. Pyke is good in virtually all stages of the game, being able to burst you down from 100 to 0 no matter how far ahead of him you are.

Pyke shines in his ability to roam and create picks, snowballing both himself and the rest of his team. At the same time, he is also incredibly useful in a team fight situation, thanks to his ultimate giving him the ability to execute multiple members of the enemy team alongside creating more gold for your team as whoever gets the assist gets a full kills worth of gold aswell. If you see a Pyke in your solo queue games, you are as good as done.

Gragas is an incredibly strong support in the hands of a pro player, especially when your team picks up the Yasuo. With Gragas’ reliable knock-ups and incredibly high damage output, he becomes very formidable, being able to chunk out half your health whilst also setting you up to get ulti’ed by the Yasuo, guaranteeing a kill all whilst looking rather stylish.

The best part about Gragas for competitive, however, is his flex potential. Being able to lock him in early and having the enemy team wonder which lane he will be in, throws off the enemies ability to counterpick you.

Leona is the goddess of CC and survivability. She is able to set up team-wide stuns, effectively winning team fights from the get-go, whilst also being able to dive into the heart of a fight and come out relatively unscathed.

Her laning phase is something to be feared, as soon as she hits level 2, you either better be getting the hell out of there or it’s a one way trip back to the base in a body bag for you.

Leona is everything you want in a competitive play support and so much more, making her a very high priority for either picking or banning.

Nautilus is an incredibly strong pick across the board. He has been dominating the support meta for months now, and even with preseason having dropped, he shows no signs of stopping.

Nautilus is an incredibly safe pick into almost any matchup thanks to his plethora of CC abilities, tankiness and deceptively high damage output. He is able to start team fights incredibly well, setting up advantageous situations for his team by getting the pick with a Q auto combo, guaranteeing death in most scenarios.

He is able to dance around the issues posed by spell shields, as even if his Q gets blocked, he can immediately pop his ultimate, allowing him time to close the distance and land the passive auto.

Senna is the newest addition to the support roster for League of Legends, but just because she is the new kid on the block, doesn’t mean she hasn’t got anything to show.

Senna is the latest example of Riot giving new champions incredibly overloaded kits, taking the best things about Pyke, Akali and Jhin, whilst throwing in a few enchantress abilities to flavour. She is capable of turning the tide of a fight from anywhere on the map thanks to her ultimate, which not only damages enemies but shields allies as well.

In conjunction with this, she has a team-wide Pyke w that also stops you from being target-able with basic attacks or point and click abilities. She has been seeing enormous amounts of play in both solo queue and the amateur scene. She currently sits as the most banned champion at just under 60%

Picking the right League of Legends support is imperative in both solo queue and in competitions. Come back to Repeat.gg as this will be updated when the competitions start up again.

Major Non-Endemic Brands In Esports in 2017