Repeat.gg
Home Blog Dota 2: The Most Used Heroes From TI to TI 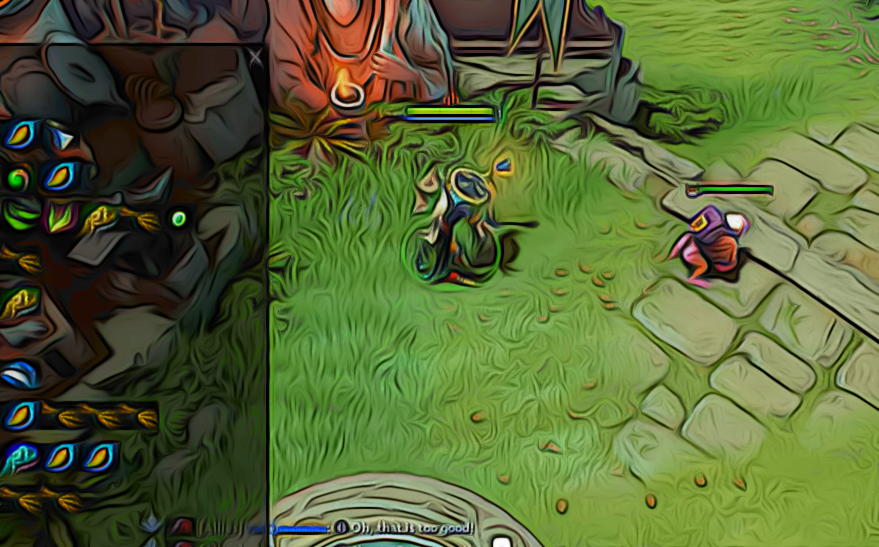 The International for Dota 2 is a special event to follow and has become a global phenomenon in esports; the following is a list of the meta from each TI.

Dota 2’s The International tournament is the biggest esports event of the year. Millions of people tune in to watch the best players in the world battle it out for the Aegis of Champions. We also get a chance to see which heroes enter the spotlight, and find out some new trends we’ve never seen before.

From Danil “Dendi” Ishutin and his fountain hook on Pudge at TI3, Alliance and their famous split pushing style of play, to Anathan “Ana” Pham and his carry Io at TI9. Let us take a look at who have been the most used heroes, the highest win-rates and other trends from each International so far.

Back in 2011, 16 teams played in Cologne, Germany for the very first International tournament. Dota 2 was a very different game than what it was today, large in part due to there only being 46 heroes to choose from, as opposed to 119 now. Even after nine years it is interesting to see what the trends were back when the game was in its infancy. The most picked and highest win rates from TI1 are as follows:

The favorites to win TI2 were fan favorite, and reigning champions, Natus Vincere. However, Invictus Gaming proved just how strong the Chinese scene was by coming out on top. At the second International, 66 heroes were chosen, and the results are very different than from TI1. Big team-fighting heroes were a focus by many teams at the 2012 International, and it was a matter of who had the proper initiation and counter-initiation to beat their opponent.

TI3 was the first International where crowdfunding from the compendium sales would go towards the prize pool. The tournament had an epic five-game grand finale with the best team throughout the year, Alliance, taking on crowd favorite Natus Vincere.

Alliance was known for their unique style of gameplay, often utilizing heroes like Nature’s Prophet or Lone Druid better than any other team. These two heroes are very strong at taking down towers and split pushing. Alliance’s offlaner, Henrik “AdmiralBulldog” Ahnberg, was the specialist with these heroes, and had teams respect banning Prophet or Lone Druid nearly every game.

That’s not all, Alliance was also known for their support Io because the hero can teleport to anywhere on the map with an ally, which fits their style of play. Teams would almost always be pressured against them, because during the first banning phase you could only ban two heroes. This meant that one of the heroes between Io, Nature’s Prophet, and Lone Druid would be available to play.

TI4 was the first Dota 2 tournament held at Seattle’s Key Arena. It was the only International with two Chinese teams facing one another in the final and the first to have over 100 heroes involved in the pick and ban phase.

Mirana was at the top of most teams interests because the hero was so versatile. She was viable and used in every single position, which made it a nightmare to draft against. Since there were multiple uses with her kit, teams wouldn’t know who would actually be playing it until the rest of the picks were in as well. Teams like Evil Geniuses abused this potential by picking it very often as a core or support.

Prior to TI5, a North American team had never won an International before, or even played in the finals. Evil Geniuses came into the competition as one of the favorites and playing on home soil sure did seem to help.

Heroes like Queen of Pain, Storm Spirit, and Lina seemed to be most preferred at the competition. These midlane heroes had short cooldowns, great mobility, and a lot of damage output. Sumail “Sumail” Hassan was known for his epic Storm Spirit plays throughout TI5 and especially showing up in the grand finals where the famous “6 Million Dollar Echo Slam” took place thanks to the Saahil “UNiVeRsE” Arora offlane Earthshaker.

Wings Gaming were the favorites leading up to TI6. Their unique style of play, and massive hero pool left teams wondering how to defeat them. A shared thought throughout the community was teams not knowing which heroes to ban against them, because Wings performed well no matter what strategy came their way.

North American squad Digital Chaos surprised the reigning champions Evil Geniuses in the semifinals, but they proved no match for the mighty Wings Gaming from China.

Team Liquid was one of the most dominant teams throughout the 2016-2017 season. They were the ideal lineup and best performers of the “four protect one” technique. Liquid loved using heroes like Venomancer, Nature’s Prophet, Keeper of the Light, and Necrophos that were not very greedy and would give their star player, Amer “Miracle” Al-Barkawi, the opportunity to normally handle the mid to late game carry.

Additionally, Miracle and Lasse “MATUMBAMAN” Urpalainen often switched between the mid and safe lane, so this would throw off teams and make it difficult to draft against them as well. Not only that, but if a hero like Venomancer or Nature’s Prophet was picked, any of their cores could pick it up and lane it wherever they felt they had the best chance to succeed. Team Liquid was the first team to sweep an opponent 3-0 in the grand finals.

Team OG were one of the squads with huge changes to their lineup right before the TI8 qualifiers. Most people seemed to believe losing Gustav “s4” Magnusson, Tal “Fly” Aizik, and Roman “Resolut1on” Fominok would have a negative impact on how they performed.

Right before the qualifiers started, they brought back Anathan “ana” Pham in the carry position, had their coach Sébastien “Ceb” Debs as the offlaner, and newcomer Topias “Topson” Taavitsainen to start as their mid. The team came out guns blazing with solid performances in the group stage and getting top four in Group A to get to the upper bracket of the main stage.

They dominated the upper bracket with their unique style of play and amazing performances from the likes of Topson and ana. Topson was an Invoker specialist that always seemed to be in the right place at the right time, and ana was widely regarded as the MVP of TI8. His decision-making and consistently strong performances on carry heroes Spectre, Phantom Lancer, and Ember Spirit proved to be too much for anyone to match.

Team OG came back to TI9 looking better than ever. Many people weren’t sure if back-to-back TI champions could happen, but OG looked and played hungrier than any other team out there. They crushed the competition again with ana and Topson leading the way, while the heroes they favored this time were Io and Tiny.

Ana was the specialist on Io, building him as a carry, and Topson building Tiny to initiate and burst down the enemy quickly. Carry Io was mastered and perfected by OG, as ana would often dual lane with another strong hero that could harass or maintain trades with the enemy. Io’s tether ability improves movement speed and grants shared health or mana regeneration when Io uses an item such as a tango or clarity which grants regen to both.

Essentially, ana would focus on farming while his support player would zone out the opposing players. During the early to mid game, ana would often buy the item Helm of the Dominator to take command of a neutral creep. He would have this near him to travel and farm the jungle quicker since the tether ability pulls you to the target. Here are the most picked and highest hero win rates from TI9:

Trends and Nerfs After TI

As we can see from these statistics, there are a wide variety of heroes that rose to the top when TI came around. Mirana, Earthshaker, Rubick, and Templar Assassin appear as the heroes which are most picked or have the highest win rate in multiple different International tournaments.

The trends and eventual nerfs can also be seen in our pub matches after a TI takes place. Three of the more notable examples are Lone Druid and Nature’s Prophet after TI3, Storm Spirit post-TI5, and Io following TI9.

TI3 had AdmiralBulldog using Lone Druid and Prophet to their fullest potential, completely changing the way Dota 2 was being played. Nature’s Prophet became one of the most popular and favored heroes, which lead to both of his signature heroes receiving nerfs after the tournament. Lone Druid saw an increase in his Spirit Bear’s experience bounty if it died, giving 300 instead of 196. Nature’s Prophet also saw a similar change, which increased his Treants’ experience and gold bounty given to the enemy.

Sumail was a monster when he played Storm Spirit at TI5, and many players wanted to follow in his steps. Storm Spirit became one of the most popular picks at the time and that lead to nerfs shortly after TI5 ended. Static Remnant had a mana cost increase from 70/80/90/100 to 100, and also the vision from the Remnant reduced from 800 to 600. He also had a large change to his ultimate, Ball Lightning base mana cost increased from 15 + 7% to 30 + 8%. These changes made Storm Spirit lose a lot of mana quicker, which impacted his gameplay and effectiveness significantly.

There is no doubt that The International is a special event to follow, and how these players and teams come up with new ways to utilize heroes is something we all love to spectate. The fans can even take what they witnessed from the big stage and try it out themselves in their pub matches. Well… at least until it gets nerfed. The International 10 this coming August is bound to bring us more exciting hero picks and strategies that we’ve never seen before. I’m sure it will add on to the rich history Dota 2 has given us already and we will talk about it for years to come.

Repeat.gg hosts Dota 2 tournaments on the platform and add new tournaments each week. Sign up now to compete and start earning cash or coins that are redeemable for gift cards.

Top 10 League Of Legends Supports to Play in Competitive