Repeat.gg
Home Blog 10 League of Legends Streamers You Should be Following 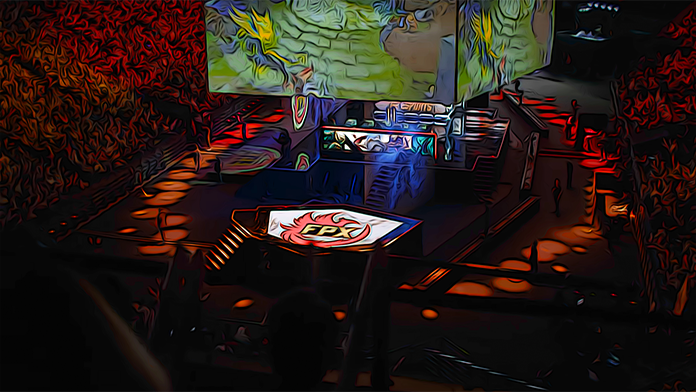 There are literally thousands of League of Legends streamers you can follow, but these 10 are the best of the best for a multitude of reasons.

League of Legends is the biggest video game in the world. As such, there is no shortage in the amount of content being produced. League averages the most viewers on the entire Twitch platform. With thousands of people who stream it, finding your perfect match can be challenging. To get you started, here are ten League of Legends streamers you should be following.

First up we have Yiliang “Doublelift” Peng. Doublelift is famous for being one of the long time LCS greats. He one of the best ADC players to ever play and his confident attitude has garnered him countless fans worldwide. Not only that, his outgoing and humorous personality will have viewers engaged the entire time. While his stream time does dip during the professional season, anytime Doublelift goes live he is greeted by tens of thousands of viewers in a flash.

Known far and wide as a mechanical genius, Ashkan “TF Blade” Homayouni loves being the best. TF Blade is a top lane player known for his domination of the North American ranked ladder. He has also embarked on multiple trips to hit Rank 1 in other regions as well. Because of how passionate TF Blade is, his stream persona comes off as large and in charge. He’s not afraid to tell anyone, not even his chat, to “listen buddy.”

Tyler “Tyler1” Steinkamp checks in as the top LoL streamer in terms of follower and view counts. Since his initial reputation as League’s “most toxic player” formed, he has built himself up as one of the loudest and most aggressive streamers on the platform. Tyler1’s ability to hype up his audience and assert himself has made him a beloved figure in the League scene. No matter what you think about his personality, Tyler1 is an entertainer at his core.

After all of that yelling, you can wind down by watching Chris “SirhcEz” Enteria. SirhcEz has been streaming League of Legends for over five years and has likely never screamed once. He was a high-ranking top lane player since Season 3, even playing against the professionals like Dyrus at the time. Now, SirhcEz is known as the most chill League streamer out there. His cool and calm demeanor combined with his simple champion pool make for a relaxing experience.

Zachary “Sneaky” Scuderi is one of League’s original top streamers. Back when Cloud9 took the professional scene by storm, Sneaky was already getting his Twitch game started. He was one of the first pro players to cater towards the streaming scene. Sneaky’s early streams with his jungler Meteos had viewers on the floor laughing.  To this day, Sneaky retains that same persona that brought his fame, as well as the same consistent schedule.

One of the fastest growing streamers is Hammoudi “Yassuo” A. Also known as Moe, Yassuo came on to the scene in late 2016. Yassuo thrives off of being energetic and always having a reaction. His style is to always elicit a response from his audience, whether it is agreeing with him or flaming him. This level of engagement helped him grow to be one of the biggest League streamers out there.

ChaseShaco has been streaming for over two years, evolving as a streamer every day. While he was originally a Shaco one trick, the tendency of high ELO players to target ban him forced Chase to branch out. The result is an entertaining jungle streamer with many talents and a biting persona who takes no garbage from anyone. ChaseShaco streams nearly every day and has been growing incredibly quickly as a result.

Among support streamers, none are more prominent than professional player Zaqueri “Aphromoo” Black. Aphromoo’s time as a streamer dates back to the League of Legends stone age. In 2012, he gained popularity as an ADC player, but switched to support after getting picked up by Counter Logic Gaming. Aphromoo’s stream personality was originally more aggressive, as evidenced by the famous “support is so easy dude” clip. Now, his stream is much more laid back.

The universally acknowledged greatest League player of all time, Lee “Faker” Sang-hyeok, has to make an appearance here. While his schedule is the most inconsistent of the list, Faker’s gameplay is so special that everyone turns to watch when he is live. During his first Twitch stream, Faker set the single streamer concurrent viewer record at the time with over 245,000. His stream has also given fans a look into the more human side of the robotically efficient mid laner.

Albert “BoxBox” Zheng has been playing League since beta. Along the way, he has grown and refined his stream into one of the most unique and interactive streams on the platform. BoxBox’s use of soundboard clips, chat-based games, and conversing with his viewers provides a full watching experience. His mechanics in game aren’t too shabby either, making for some hype moments accentuated by his excitable persona.

Repeat.gg several League of Legends tournaments available for you to join, even a couple that have free entry. Sign up now to begin competing.

How Scoring Works in Fortnite Tournaments on Repeat

How To Make Money In Gaming – Professional Gamer