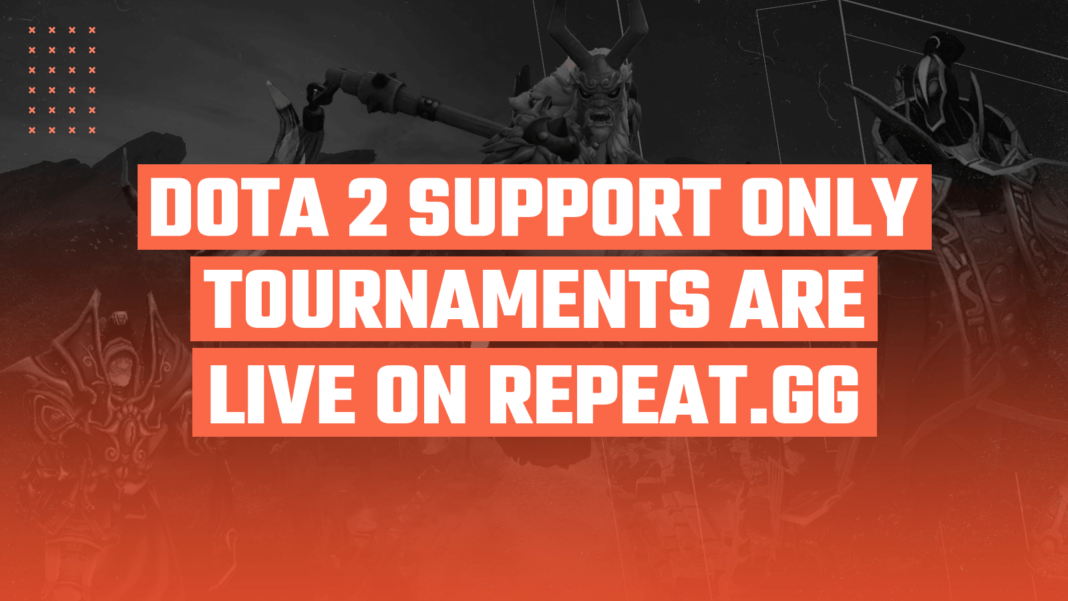 We know the roles in MOBA dictate the different styles of play, which is why we’ve created Dota 2 Support Only tournaments now available on Repeat.

We have heard the feedback from the Support players and are excited to announce Support only Dota 2 tournaments are now available on Repeat.gg.

We know the roles play an important…role…in every Dota 2 match, but also understand play styles differ and thus we have been working towards giving users a chance to participate in tournaments where only games played under a certain list of characters will count.

How Support Only Tournaments Work

These tournaments will work exactly how you would think: Only characters with the Support role will count towards your score. These characters are outlined in the image below.

Think you’re one of the best Support players out there? Prove it in these Support-only tournaments on Repeat.gg