Repeat.gg
Home Blog How Apex Legends Went From Most Played In The World To What... 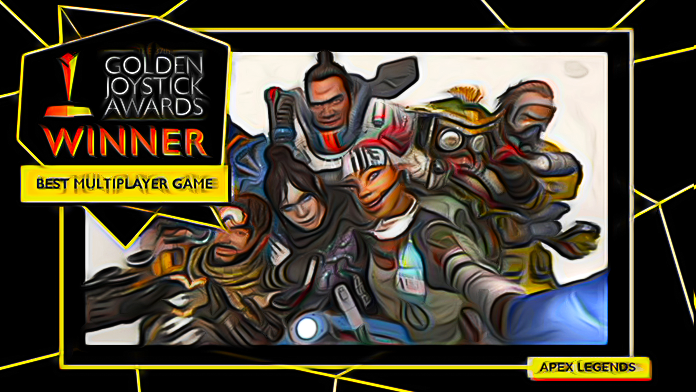 Apex Legends grew at a mind-boggling pace initially, but has since fallen off in the eyes of many. We take a look at how that happened.

Apex Legends, for a moment, had it all. Respawn’s buttery smooth battle royale first person shooter (FPS) was an overnight sensation in February of this year. Strong influencer support, respected gaming mechanics in a thought out universe, and its free-to-play nature born EA a seemingly golden goose. So how did the new titan of battle royales go from most played worldwide in its first month to where it is now?

While the hype machine may have slowed, recent user-base milestones (70 million anyone?) and future plans suggest fans can expect a lot more from Mirage and the merry band of characters duking it out in the Titanfall universe.

To say the launch of Apex Legends was unorthodox is an understatement when talking about EA. Started by former Apple employee Trip Hawkins, EA is known for its aggressive and slow burn marketing campaigns designed to get gamers to purchase the title before it’s even released. EA can hype AAA games for years before launch, annually spending around six hundred million dollars on such campaigns.

Most Popular Streamed Games from Jordan Oliver on Vimeo.

To hear of a new squad and hero based FPS from the makers of Titanfall (owned by EA since Q4 2017) on a Sunday, and be playing it on Monday was utterly shocking to the gaming community. That was the plan.

EA and marketing lead, Arturo Castro, knew their best chance to avoid pre-release controversy and the game’s best mechanics being pirated was to simply give the game to players and let them decide its value for themselves. If it was good enough, players might not be as eager to roast the loot box system and create industry news like they did during the shaky tenure of EA’s Battlefront 2.

In regards to his atypical approach, Castro states “The idea of long-form campaigns was being challenged… Beyoncé famously drops her album, and day one it becomes a massive hit. Kanye West did the same thing… Why couldn’t it work for games?”

In a 2017 press release, Electronic Arts (EA) announced it was following the industry trend and would be allocating a more significant portion of its marketing budget to influencer marketing. Fast forward to February, 2019 and influencers are the keystone to the Apex launch. EA reportedly paid Tyler “Ninja” Blevins a fat million dollars to stream the game on day one. Dr. Disrespect, another popular streamer, also featured the battle royal regularly in the weeks and months following release.

In the game’s first eight hours online it reached one million players. That month would see it hit 50 million. Fortnite took 16 weeks to do the same and had finally been dethroned. Nine months later though, and the future isn’t so clear. Fortnite is back at number two, League of Legends is sitting comfortably at the top, and Apex is fourth and dropping in stream viewership. Was paid influencer marketing truly the only key to Apex Legend’s meteoric rise?

Players were not solely driven to the Respawn title because of the viral launch. The fact is, the game was good. The mechanics were lauded as being smooth, characters fun, balanced and likeable. Apex redefined the format PUBG and Fortnite had made so famous. 3 person squads, sixty players instead of one hundred, and a fluid in game respawn system that would later be adopted by competitors.

It was fun and squad-based play that Respawn Entertainment set out to deliver. A more mature experience, layered with weapon attachments, armor, and special abilities that rewarded team play, and exploring the rich environment of King’s Canyon. The revolutionary “ping” system will forever change console communication. Respawn project lead, Drew McCoy said at a preview event “This isn’t a game anyone expected us to make, especially us at Respawn… We chase the fun.”

“I feel most alive when rapidly approaching my death”

Fun, in the long run, wasn’t enough. Despite an estimated $92 million in revenue across platforms, the game’s user base and engagement started dropping. The hype wore off and a lack of updates and new content meant there was nothing left for the transient Fortnite and PUBG players.

Influencers brought players in, but developers would have to keep them coming back. Bugs, rampant cheating, and unsatifying patches were enough to drive away impatient hardcore players. The lack of new maps, characters, and guns quickly dominated the social conversation. Once faithful streamers started to leave the game when the checks stopped coming in. Often times blaming the games overuse of on-screen graphics and small issues that consistently went unlatched.

It seemed Respawn couldn’t keep up with player demand. The developer released a statement that their aim was to avoid industry famous “crunch” and instead focus on creating quality improvements to the game.

In February of 2019 the game quickly garnered a player and user base of 50 million strong. It would take another 8 months to attract an additional 20 million. It’s now clear that Apex Legends is not going to replace the likes of Fortnite. Despite this precipitous fall off in new users, the future of Apex Legends is actually quite bright.

In the ups and downs since launch, Respawn has caught its stride and found its place in the Battle Royale ecosphere. Season 3 brought a new map, another new character and some much needed updates to game mechanics. With cheating nearly eradicated, the developer has been focusing on quality of life improvements and creating limited time and themed events (like this year’s Halloween event). World building and character development have come at a slower pace than the average gamer would no doubt prefer, but the recent quality of updates and increased frequency have been worth the effort.

The Future is in Their Hands

Apex Legends brought in an estimated $45 million from in-game spending in October across console and PC, up from $16 million in September, where they didn’t crack the top ten. This makes it the most profitable period since the game’s launch quarter. It seems as though listening to their core community is working. EA has been quick to notice the missed opportunity in letting Apex lose market dominance. With a commitment to give the people what they want, EA announced a partnership with Valve, which should see the title arrive on Steam sometime next year.

Steam will provide a natural boost to user numbers and also indicates that players may finally get one of the most frequently requested features. Cross-play. Cross-play between consoles and PC has the potential to not only save the title, but also help further position itself for expansion into Esports.

EA has also announced plans to launch a mobile version of Apex, with a clear eye on entering the billion dollar mobile market currently dominated by PUBG Mobile in Asia. A successful launch could see the franchise completely reinvigorated. The developers are undoubtedly pulling out all the stops to see Apex enter the tournament circuit. Developers have also promised the title will be available to play on Microsoft and Sony’s next gen systems.

The Apex Legends story isn’t over. EA’s unicorn may have let slip that unexpected number one position, but its biggest success is that it hasn’t failed. In fact, there are big plans as Respawn Entertainment looks to the future; and the recent success of Star Wars Jedi: Fallen Order should only help give credence to their capability. A recent Golden Joystick award for “best multiplayer game of the year” shouldn’t hurt either.

Apex Legend’s first year may have just been one big marketing campaign after all. Hopefully developers don’t solely focus on market expansion and continue to deliver fun content and player feedback driven patches. The pace at which they can deliver said content will most likely be the ultimate factor. Can EA and Respawn hold their footing and satiate the appetite of hungry battle royale gamers? Will Respawn remain a Titan, or will they fall? Drop into World’s Edge or keep it locked on Repeat.gg to find out in 2020.

Repeat.gg hosts new tournaments each week in Dota 2 and League of Legends, with more games like Fortnite coming soon! Sign up now and begin competing today.

Brands Hit The Target But Miss Out On 99.9% Of Gamers