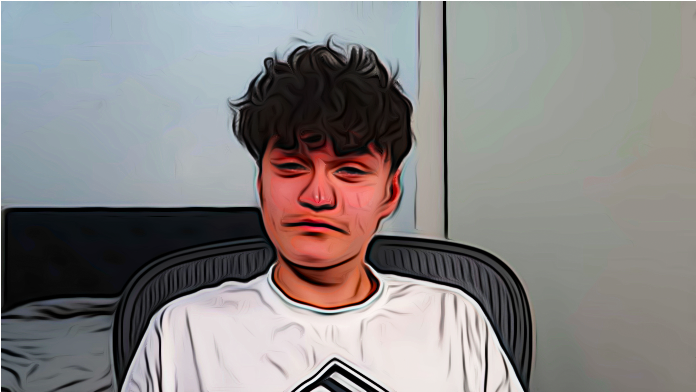 Like many sports, the esports industry is not without its share of scandals. These were the biggest esports scandals that took place in 2019.

Esports is currently one of the biggest industries and continues to grow each year. Although it started small, the industry is expected to surpass $1 billion in 2019 in terms of global revenue.

However, just like other major industries, esports has its own fair share of controversies. The previous year was full of scandals about players either cheating in major tournaments or getting involved in-match fixing, and 2019 is no different. The following were some of the biggest esports scandals of 2019.

Counter-Strike: Global Offensive is one of the biggest esports titles in the world. Because of its popularity, it is also one of the favorite titles for esports betting. But there are some people in the world who don’t like to do betting by the rules. During the month of August, six Australian CS:GO players were arrested for alleged match-fixing. The police in the city of Victoria made the arrest, and a number of detectives from the Sporting Integrity Intelligence Unit and the Organized Crime Intelligence Unit worked together on the investigation.

Assistant commissioner of Victoria Police Neil Paterson said the investigation was the first of its kind by the state.

“Esports is really an emerging sporting industry and with that will come the demand for betting availability on the outcomes of tournaments and matches. These warrants also highlight that police will take any reports of suspicious or criminal activity within esports seriously, and we encourage anyone with information to come forward.”

The police claimed that they got the information about match-fixing as a tip from a betting agency. The agency claimed that the six alleged players were plotting to throw away some matches for some betting purposes. Their scandal had an impact on a total of five matches and 20 bets. The police avoided naming the players and the teams they were involved in, and they didn’t even reveal the tournament.

XXiF and Ronaldo’s Qualification for the Fortnite World Cup

The Fortnite World Cup was held this year by Epic Games, and it was easily one of the biggest esports tournaments in history. It had a prize pool of $30 million and featured players from all over the world. Epic Games selected these players through the qualifiers stage that was held for several weeks. However, just like other major tournaments, the Fortnite World Cup was no different when it comes to controversies. And the biggest one was the qualification of XXiF, a player who made it to the final event even after cheating in the qualifiers.

During week three of the Fortnite World Cup, a clip surfaced which showed XXiF getting some easy eliminations. The clip showed some Fortnite players purposefully letting themselves get killed by XXiF, thus letting him earn more points in order to qualify for the finals. Moments later, another clip surfaced which featured Ronaldo involved in the same thing. This raised many questions and Epic Games finally decided to investigate the issue. Upon investigating, it was discovered that the two were actually teaming up with other players in order to earn points and were thus banned from competitive play for 14 days.

However, as the ban was short, XXiF and Ronaldo still had many opportunities left to qualify for the finals. And during week 8 of the qualifiers, they played as a duo and secured a spot in the duos portion of the finals. This was not well received by the Fortnite community as many professional players and streamers took it to social media to talk about how poor Epic’s competitive system is. Even DrLupo, one of the biggest Fortnite players in the world, made several tweets in which he talked about how disappointed he was upon seeing cheaters getting qualified for a $30,000,000 tournament. Both XXiF and Ronaldo competed in the finals but were eliminated instantly during a match.

The Fortnite community was surely left shocked after Turner “Tfue” Tenney, one of the biggest faces in the esports sector, filed a lawsuit against his former organization FaZe Clan in May 2019. His lawsuit claimed that the organization was not paying him his share of sponsorship money. In addition to this, it was also mentioned that FaZe prevented the Fortnite pro from getting a sponsorship deal from HyperX.

In response to Tfue’s lawsuit, FaZe made a post on Twitter in which they claimed that they have never collected any tournament winnings, Twitch revenue, YouTube revenue, or any other revenue from the player. The organization added that while Tfue has earned millions as a member of FaZe Clan, they have only collected a total of $60,000 from their partnership.

After a few days, Tfue posted a statement in which he asked FaZe to release his contract. The organization’s owner, Ricky Banks then confirmed that they are working on releasing the contract. In any case, it was a shock for many fans as Tfue always had a great time with his organization since he first joined them in April 2018.

Epic Games is known for punishing everyone they catch cheating, but the community thinks that they were a little harsh in the case of FaZe Clan’s Jarvis Kayne. In possibly one of the biggest esports scandals of the year, the Fortnite pro received a permanent ban after he uploaded a set of videos on his alternate YouTube channel in which he was using the aimbot software during his matches. However, Epic Games noticed it and delivered a permanent ban.

In his explanation video titled “I’ve been banned from Fortnite (I’m Sorry),” Jarvis claimed that he was making such videos to only provide entertainment for his viewers. However, he didn’t realize the consequences and that he can get banned permanently for it. While some members of the community were totally okay with Epic’s decision, others were against it. They claimed that if XXiF was not permanently banned from the game for cheating in the qualifiers, then the developers should give Jarvis only a warning this time. However, Jarvis is still banned from the game.

Repeat.gg has several free-to-enter tournaments currently live! Sign up now and compete in League of Legends or Dota 2 tournaments. Be sure to check back in February when we’re expected to launch Fortnite as well as other games coming soon.