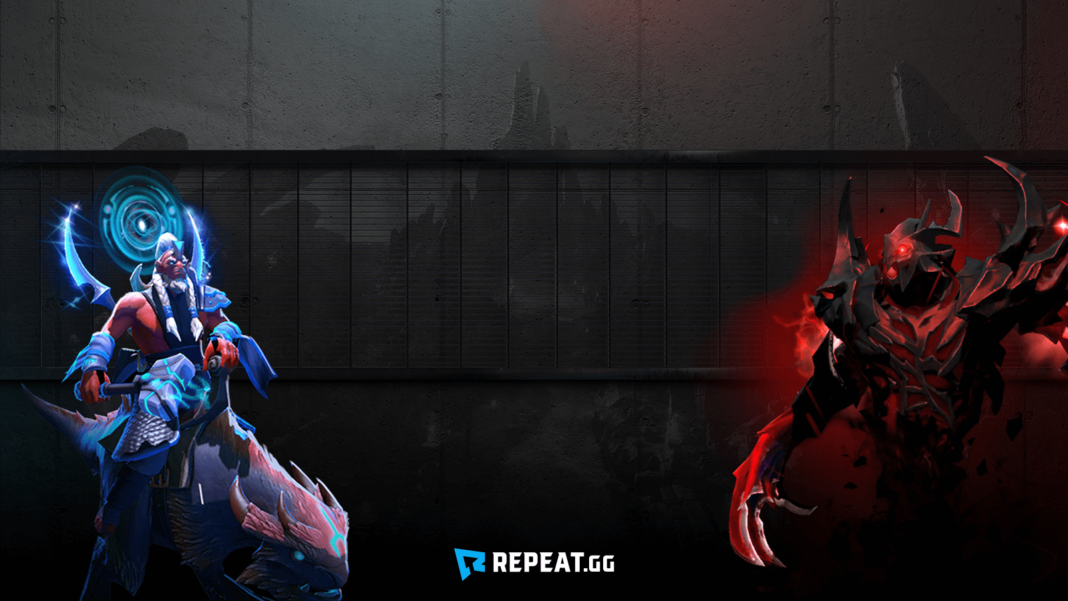 These are the top five Dota 2 support heroes you should be playing, with the focus on hard support position five and the 7.25 patch.

We already discussed in our previous article the top five carry heroes you should be playing in Dota 2, so it’s only natural to bring up which support heroes you will want to try out as well to gain MMR. 7.25 was just recently released and it saw countless amounts of item changes, neutral changes, and hero balancing changes.

The focus of this support list is going to be on hard support position five. You can definitely play these in the position four and have no issues, but for now this focus is on hard support. Let’s dive right in!

Ogre Magi, the two-headed ogre that I’m sure everybody loves to lane against! Kidding. Ogre Magi is a beefy, strength-based hero that is in my opinion one of the most annoying supports to play against but I’d love for him on my team! It’s large in part due to the fact he has low-cost mana abilities and is one of the best level one heroes.

Those are a couple of specifics for why you should pick Ogre Magi right now. He is easy to pick up and play, and overall just a strong hero. Make sure you harass your enemy in the early game to take advantage of just how strong Ogre is in lane at level one and on.

Lich has been a relatively strong support hero over the past year. He has solid movement speed, good abilities, and is another support hero useful in all stages of the game. He also had a few ability changes with the change to Frost Shield giving AOE damage, and the addition of Sinister Gaze, which is where Lich disables and pulls the enemy towards him for 1.4/1.7/2/2.3 seconds.

Lich offers a lot of disable, damage reduction, slow, and damage into fights for a support hero. This makes him very viable as a position five hero and I would absolutely pick him when you can. Couple him with a carry like Faceless Void who can use his Chronosphere, and Lich’s ultimate will deal massive amounts of damage by bouncing from enemy to enemy.

Disruptor is one of those heroes that in my opinion never seems to be a horrible pick, but is overall just a solid choice if he aligns with the direction of your other picks. He has great harass potential, amazing lockdown, and one of the most powerful ultimates in the game if used properly.

In conclusion, Disruptor is overall just a solid pick if you’re looking for a support hero that is good at all points of a match. Make sure to get him some useful neutral items and if the game can go long enough, definitely try to snag yourself that Aghanim’s Scepter!

Jakiro is the two-headed dragon, intelligence hero that packs a punch with stuns, slows, and heavy damage if the enemy decides to stick around. Not only that, but for an intelligence hero Jakiro has one of the highest base Strengths (27) in the game sitting in third only behind Spirit Breaker (29), Batrider (28), and Tiny (28).

Jakiro offers so much that many other heroes don’t. Support heroes that have abilities to help get towers faster should not be undervalued. Couple that with his stuns, slows, and reduced move / attack speed and Jakiro just makes for exactly what the title says…  A solid pick! Make sure to try to pick up a Eul’s Scepter if you can on Jakiro. Use the Eul’s and cast your Ice Path to instantly stun an enemy. However be aware that if the enemy has a BKB or a Juggernaut or Lifestealer with built in BKB’s, they can avoid the instant stun.

Snapfire quite frankly is still just an absurd hero to play against, so you should learn and play her while you still can! Her abilities don’t cost a lot of mana, deal so much damage, offer movement slow, a stun, right click damage, and an escape. She’s a strength hero which naturally means she has more health than most, and doesn’t require many items at all to be productive. Snapfire can be effective in almost any role from a mid, offlaner, position four, and hard support. Lets go over her abilities:

Scatterblast – Point and shoot in a cone formation that deals 80/150/220/290 damage (plus an extra 50% if they’re close). It also provides 100% movement slow at all levels and barely costs any mana to cast. Below you can see the range for the extra damage in the light green. Max this skill first and use it to trap your enemy and slow them when they get too close.

Firesnap Cookie – A unique ability that can be casted on a friendly unit (or creep) to have the casted unit hop forward 450 distance. If casted on a unit and that unit then lands next to an enemy, it will stun the enemy for 1.6/1.8/2/2.2 seconds and deal 90/160/230/300 damage. This skill is extremely strong and you can use it in very creative ways. Save yourself or your teammate by casting it on at the right moment to hop over a cliff. Yes that’s right, you can hop over cliffs with this.

Lil’ Shredder is Snapfire’s third ability which deals physical damage with six auto-fixed instances. This means when you hit the ability and then click on the enemy you get six auto attacks that deal 35/50/65/80 damage per shot. It also applies an attack slow and can be stacked so feel free to use this ability on the enemy right clickers!

Mortimer’s Kisses – It’s honestly one of my favorite abilities in the game because it does require skill to hit, however it still will probably see future adjustments because of it’s insane damage. Her ultimate fires eight globs in a circular AOE where you pick where it lands. Deals 160/240/320 damage per hit plus 50/75/100 burn damage.

I just want to put this in a quick perspective that if you are a level six Snapfire and are against an Axe level eight with no items, he has 1200 HP. If all of those globs hit Axe he will die. Granted this is in a perfect world however an ultimate that can deal that much damage at level one is utterly insane!

It doesn’t cost that much mana and the cooldown is respectable, but is not super long. Again don’t be afraid to use this when you can as you shouldn’t be trying for the super huge ult, you just want to get kills with it as quick as possible to help your team. Use it at a range because you don’t have to be anywhere near the enemy to cast this ability.

Repeat.gg hosts many Dota 2 tournaments every week and month, so you’ll always have tournaments ready to help you earn money. Sign up now and start competing today!

Top 10 League Of Legends Supports to Play in Competitive