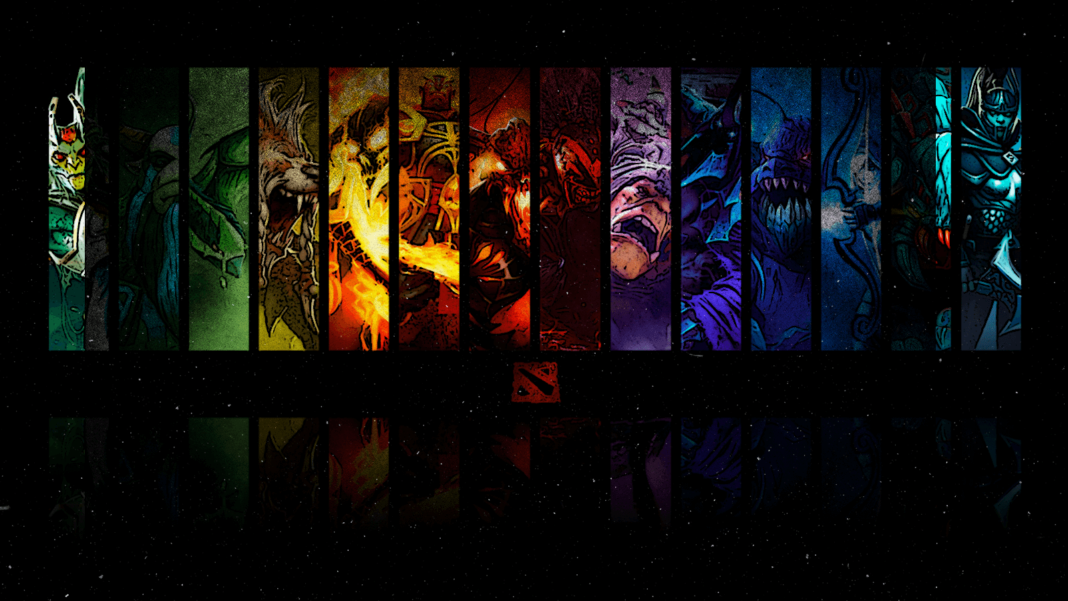 Dota 2 continues to develop in new ways we haven’t seen before; and these are five Dota 2 carry heroes you should be playing in your pubs right now.

Dota 2 has already been changing dramatically in the latter of 2019 and beginning of 2020 with the huge introduction of 7.23 and the Outlanders update. With the addition of 7.23, there has been a new map rework, neutral items, balance adjustments, and many hero changes. We are now currently on patch 7.24 as of February and the game continues to develop in new ways that we haven’t seen before.

New heroes are coming into fruition and seeing more popularity than recent years. It has been quite interesting to see the meta develop after the amount of changes Dota 2 has seen in only two and a half months.

As the storm has calmed, and after many of IceFrog’s changes, we are now able to see some of the strongest heroes to play in all levels of Dota 2. We’re going to dive right into the five Dota 2 carry heroes that you should be playing in your pubs right now, starting with three heroes that are just solid picks.

Phantom Lancer is the agility, illusion-based hero that pops in and out of metas every now and then. Prior to patch 7.24 he was getting picked regularly in the top level as well as in competitive matches. So what makes Phantom Lancer so good and why should you play him?

These are three topics that make Phantom Lancer strong to play: he is hard to kill, he scales very well into the late game, and his abilities just grant you the opportunity to farm fast and overwhelm enemy heroes. Make Diffusal Blade a core item so you can slow and drain the mana of your enemies, and go from there. Couple that with a Manta Style for even more illusions and he becomes that much more difficult.

Naix, or better known as Lifestealer, has always been up and down in popularity as well. He is a strength hero that isn’t afraid to run at your face, which means the enemies always need to time their spells and combos at the perfect moments. Why is Lifestealer so good in 7.24 though? The most recent balance updates have changed much of his kit, including Rage giving movement speed instead of attack speed, and Feast giving him +15/30/45/60 attack speed per level. So let’s go ahead and highlight some of the top points for why you should play him right now.

Lifestealer is overall just a great pick at this point in Dota 2. He’s a great carry that offers good matchups against many heroes that are popular already or increasing in popularity such as Sven, Spectre, Phantom Lancer, and Bloodseeker.

All of his abilities are strong and can contribute very positively to his kit if built right. You can use him to save your teammates by increasing their health when you Infest inside of them, or save yourself and increase your HP while you are Infested in a non-hero unit.

Slark is one of those Dota 2 heroes that is just a pest to play against. He can weave in and out of fights, steal your stats, become untargetable, and dispel enemy items and abilities. It seems that one of the top ways to play agility-based carries is to build a Diffusal Blade on them to drain the enemy heroes mana. Slark is one of the best at using a Diffusal Blade because of all the stats the item gives. So why should you play Slark in 7.24?

In conclusion, Slark is just strong right now because all of his abilities fit in the meta and with team fights seeming to last longer now than ever before, Slark accels with his short cooldowns and stats stealing. I’d recommend basing your item choices on how the match develops, but a typical build is going Power Treads, Diffusal Blade, and then I would pick two of the following: Silver Edge, BKB, Skull Basher.

Troll Warlord is a very unique hero in Dota 2 as well. He is one of the only heroes that can change between melee and range attacks. This makes him very versatile and useful in many situations where other heroes would not be. He is very in-your-face and not afraid to run at the enemy carry because he thrives in 1v1 situations.

If the enemy has a long range carry like Drow Ranger or Sniper, or even a melee carry like Sven or Antimage, Troll Warlord will thrive because he loves being in your face. Troll also hasn’t really been used frequently in the past year, so IceFrog has been rather generous with his buffs. It appears now is his time to rise up and take over as one of the better carry choices.

Troll has been getting picked more and more often as of late due to his buffs and adjustments to his abilities. He’s not afraid to run at you and will more often than not kill the enemy carry if he finds them in a one versus one situation. He also has a wide variety of items you can build that make him effective.

Give him many stats and go a build like Phase Boots, Diffusal Blade, Sange and Yasha, BKB, Skadi. Or, some players are going Phase Boots into Battle Fury which increases his farm by a heavy amount and gives him no trouble against illusion-based heroes like Naga Siren, Phantom Lancer, and Chaos Knight.

Worth Checking Out – Juggernaut

Juggernaut hasn’t been too favored lately, but as of recently he has also been receiving slight buffs from IceFrog. Since 7.24 was released his win rate has went up over 2%, eclipsing 50%, and his pick rate went from 12% to 17% according to Dotabuff. So why is Juggernaut now being favored a bit more than he was prior to the release of 7.24?

He has been basically the same hero for many years now with not very many changes coming like how we’ve seen complete reworks for others. He still has his Blade Fury, Healing Ward, Blade Strike, and ultimate Omnislash.

Juggernaut appears to be coming into favor because of slight buffs to him over the course of time and his versatility. Most recently he received +4 base damage and +5 movement speed, meaning that his early game is slightly stronger. The movement speed is very important on Juggernaut because when you are chasing down a hero with his spinning Blade Fury, if you are just as fast or even faster than the opponent you’re likely to get a first blood or early kill in general.  Early boots is always beneficial for this exact reason.

Jugg is also very useful with his Blade Fury because, similar to Lifestealer, you can become magic immune for five seconds and instantly teleport out of trouble. His Healing Ward remains a solid ability as well in case you get harassed early and need to heal up quick without going back to the fountain. His critical strike and ultimate are great abilities that give you solid damage output too.

He is another very versatile hero because with his critical strike, Battlefury is always a viable option to farm the jungle or creep waves fast, while also posing a threat to illusion-based heroes.  If you don’t want to go the Battlefury route, he is another agility-based hero that diffusal works extremely well on.

Phase Boots, Drums, Diffusal Blade, Manta Style are also good items to pick up on him which make him a good teamfighter in the mid to early game. Overall I could see even more buffs coming to Juggernaut because he doesn’t seem like an overpowered hero by any means, but a solid pick that will come into favor as we move along in time.

Thanks for reading the Top 5 Dota 2 carry heroes you should be playing right now! Repeat.gg is one of the world’s largest automated online esports tournament platforms and has several Dota 2 tournaments available for you to join right now. Sign up and start earning!

Repeat’s quest to build a better esports experience for both gamers...