Repeat.gg
Home Blog Top 10 Fortnite Streamers You Should Be Following 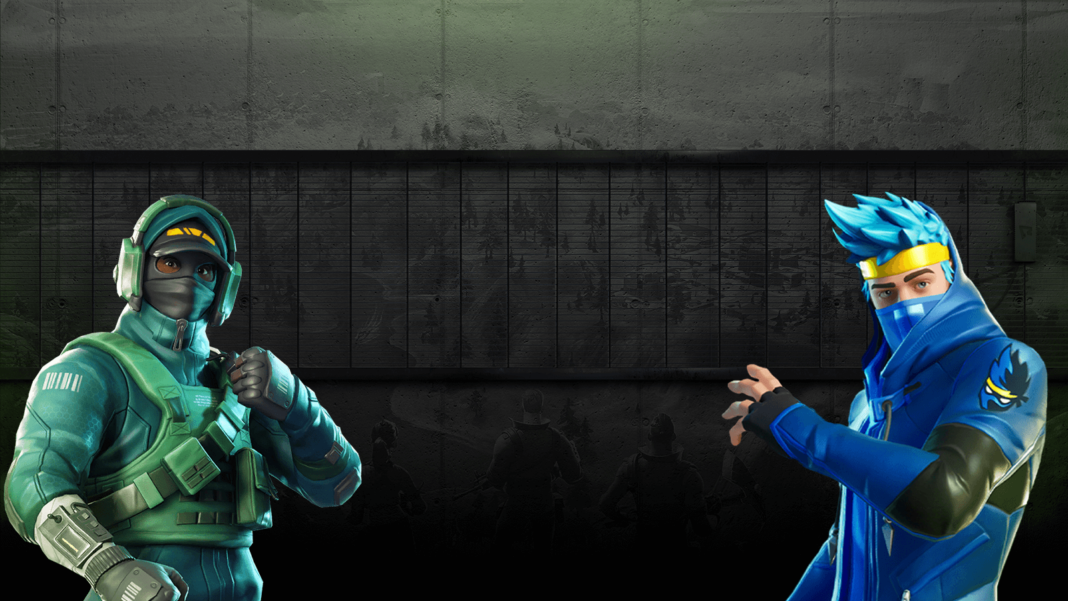 Esports and gaming culture has grown so much thanks to the help of online personalities. Here are the top 10 Fortnite streamers you need to follow for the best battle royale experience.

As one of the world’s fastest-growing games, Fortnite created waves in the gaming world with its recent publicity. From underage U.S. tournament winners to millions watching a black hole on stream, Epic Games’ battle royale title has made a huge movement and much of the game’s success stems from online streamers growing the culture.

Imane Anys, better known as Pokimane, is an American online personality, Fortnite streamer, and a part of the OfflineTV entertainment group. Her Fortnite skill shows itself on Twitch and YouTube where she puts more emphasis on a positive community and good experiences with her viewers. Occasionally, Pokimane will take a break from Fortnite, complaining that she often gets stream sniped.

Her contributions to the scene were recognized recently when Epic Games released an official Fortnite dance emote for her. The emote sales were of limited time and fans are unsure when it will return to the shop. On February 5th, 2020, Pokimane announced an exclusivity agreement to stream only on Twitch and detailed the reasons why she made her decision.

When it comes to a positive attitude and family-friendly streams, Nicholas “Nick Eh 30” Amyoony is one of the best streamers to follow. Participating in a variety of competitions and streaming Fortnite daily, Canadian streamer Nick Eh 30 is a fan favorite for content.

He recently announced his partnership with Twitch and is transferring some of his heavy YouTube fan base over to the streaming platform. In the recent Fortnite Streamer Bowl, Nick was accused of cheating when he intentionally landed in an area he wasn’t supposed to for better loot. Though the Fortnite community surrounded him with controversy, he still continues to bring his A-game for his ‘eh’ team.

American YouTuber Ali “Myth” Kabbani is a popular name on the web, constantly putting himself in front of the camera. If you’re looking for a streamer trying to hype up his community and pushing strong social content, this is the guy.

Current Fortnite champion, Kyle “Bugha” Giersdorf, is a top contender for any notable Fortnite list. His mark in the game is to show off his skill. A powerful shooter and builder, Bugha often posts highlights and reels from his streams on social media.

He rose to stardom when he won the solo event in 2019’s summer Fortnite World Cup, winning a $3 million prize pool. Alongside TimtheTatman, Bugha also popped in on a 2020 NFL Super Bowl advertisement, helping blur boundaries between esports and sports with these appearances.

Timothy “TimtheTatman” Betar is a big-time streamer and gamer who puts a focus on humor. Fans looking to watch a funny stream for entertaining content need to go to him. He can often be found gaming with other popular streamers like Ninja. Tim plays a variety of games and though Fortnite is not his exclusive choice, it’s his main and most popular.

Interestingly, his favorite games are older titles like World of Warcraft and Counter-Strike 1.6. It goes to show that he vouches for what he truly likes and honestly expressed his thoughts. This year in 2020, Tim cameoed in a commercial for the Super Bowl in a short appearance on a tractor. He’s hit a variety of industry areas and as a top Fortnite streamer, his career continues to grow.

Ben “DrLupo” Lupo, is a long time streamer whose fame shot up with the rise of Fortnite. With over 3 million Twitch followers, he’s amassed quite a name in the community and Business Insider reports that he streams on Twitch about 80 hours a week.

With DrLupo, not all of it is about gaming. He regularly speaks about his own life, work, and whatever stories come up at the time. He does his best so his stream doesn’t feel forced and is more like a chat with a friend. Considering DrLupo streams full time, natural conversation with followers is invaluable.

Currently ranked as the 4th most-watched Twitch Fortnite streamer, Brett “Dakotaz” Hoffman is a star on the battle royale island. He operates with skill, calmly eliminating opponents and surging through the survivors.

Dakotaz prefers a chill stream, often choosing not to reveal his face or personal detail on the camera. Though he’s recently been adding his face to some streams, he clearly values his privacy, and maybe it empowers his game play? After all, TwitchMetrics shows his efforts to consistently stream Fortnite are working, peaking at around 9,500 viewers per stream.

The champion of competitive console play, Nick “NICKMERCS“ Kolcheff plays competitive Fortnite using a controller. Yes, you read that right. Nick prefers the ease of a PS4 controller compared to a traditional mouse and keyboard set up and he makes it work.

He currently holds the spot for the most-watched Fortnite channel on Twitch to reinforce the idea that controller players can still succeed. Fans who want to watch a funny streamer from a previous MLG champion dominate PC Fortnite players should look no further.

Tfue is the Fortnite streamer to watch for the thrill of high-level game play and exciting plays. Over the past year, he’s been involved in scandals involving his contract with FaZe Clan and a potential fight with Ninja. In the Fortnite community, Tfue showed himself as a big opponent against aim assist, believing it’s better off not in the game.

Known as the king of Fortnite streaming, Tyler “Ninja” Blevins has become an icon for Fortnite. It can even be said that the battle royale game has grown this far thanks to Ninja’s contributions to the culture.

Even in 2020, months after Ninja officially moved from Twitch to Microsoft’s Mixer, his Twitch channel still leads in Fortnite’s most-followed according to Twitch Metrics. Ninja’s viewership numbers went down dramatically when moving to Mixer, but his family-friendly, victory-first attitude remains with him.

Epic Games also released its Icon Series, celebrating the community’s collaborations and bringing them into Fortnite. To highlight the first entry to the series, the biggest Fortnite streamer received his own in-game skin, fitting considering all the work he’s done to develop the community.

Repeat.gg is expected to launch Fortnite on the platform very soon! Sign up today and be notified when we officially announce adding Fortnite tournaments to the website.