Repeat.gg
Home Blog Esports Teams that Won the Most Money in 2022 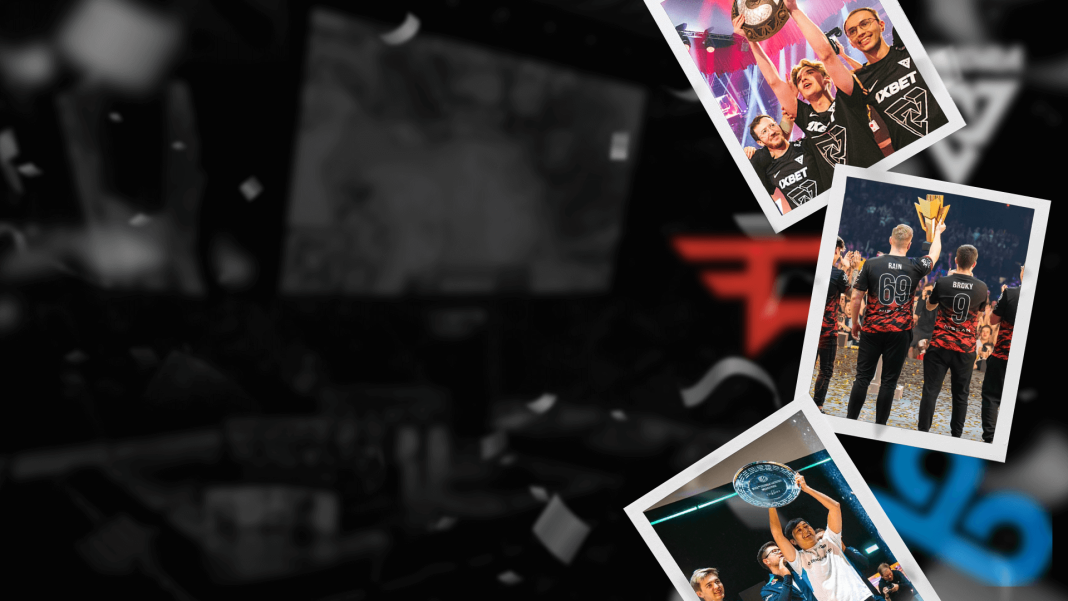 Esports is a rapidly growing industry as evidenced by the esports teams that won the most money in 2022.

The gaming industry has seen a massive upward trend, with statistics valuing a whopping $178.2 billion in market revenue last 2021. Even if you’re not a developer, there are so many ways to get a huge bite of success by making money in gaming. Streamers, casters, content creators, and other professionals share to entertain and enrich the gaming landscape.

Esports, or competitive gaming, is reserved for the best of the best within the gaming space. The team who dominates the most also earns the most, so these players train rigorously to be better than their competition. This list contains the top 5 esports teams which won the most money in 2022.

FaZe Clan’s CS:GO team is on a hot streak for winning many tournaments in 2022, including winning $500,000 from the PGL Major Antwerp 2022. Their successful CS:GO performances makes them one of the esports teams team that won the most money in 2022.

Of course, FaZe Clan is most famous for its Call of Duty roster. They are strong competitors in CoD: Vanguard and Warzone. And that continues with the newly released Modern Warfare 2, as their roster won the CODAgent $3,000 4v4 Search & Destroy on October 28, 2022. FaZe Clan reportedly earned over $3 million USD in 2022. With the newest Call of Duty out, expect FaZe Clan to be one of the esports teams which continue to win big.

Team Secret is finding decent success with its two Philippine rosters playing in Valorant and Wild Rift. They finished in the top five of the six tournaments they joined in 2022, even winning the VCT 2022: Philippines Stage 2 Challengers competition.

Team Liquid is the most active esports organization on this list based on the number of tournaments they entered. Their most financially successful games for 2022 are Dota 2, CS: GO, StarCraft II, Rainbow Six Siege, and League of Legends. Team Liquid’s Dota 2 team took third place in The International, winning 9% or $1.7 million USD of the prize pool.

Team Liquid’s Counter-Strike roster is a dominant force in the professional scene. They placed first in three CS:GO tournaments in 2022, including the Intel Extreme Masters XVII – Dallas: North American Qualifier.

Based in Hong Kong, Nova eSports is a professional esports organization that mostly competes in popular mobile games. Nova eSports has players in PUBG Mobile, Lol Wildrift, Call of Duty Mobile, Clash Royale, Brawl Stars, FIFA online, Arena of Valor, Honor of Kings, and more. The organization also has representatives outside of mobile games, like Overwatch, PUBG, and League of Legends.

Team Tundra was also in several other tournaments this year. They won the DPC WEU 2021/2022 Tour 3: Division I. As an esports organization, Team Tundra also has representatives competing in FIFA, Rocket League, and Fortnite tournaments.

How Repeat.gg is Helping Gamers Grow Their Social Media Following